Japanese architects have become famous in the international architecture arena as creators of uncommon and experimental projects which strike with the scale of the concept and high level of used technology. The skillful use of nature’s law is at the heart of almost every Japanese project. It is also interesting to note that no matter what style designers took as a basis for a project, it is easy to discover a clear connection with forces of nature.

An ambitious project not far from Beijing, the Commune by the Great Wall is a private collection of modern architecture that gathered 12 prominent Asian architects. The project was exhibited at the 2002 La Biennale di Venezia and was awarded a special prize. In 2005 the project of the Commune was named ‘A New Architectural Wonder of China’ by Business Week magazine. The project consists of several private villas, a restaurant, a kid’s club, and a tennis court.

Japanese architectural bureau Kengo Kuma & Associates participated in designing the hotel for the site. The name of the hotel is the Bamboo Wall.

The concept is based on an amazingly deep interpretation of ‘Seven Sages of the Bamboo Grove’, which tells about the detachment from complicated human relationships, noise and bustle of cities. Ancient wise men lived in an isolated bamboo forest and discussed the meaning of life and eternity. 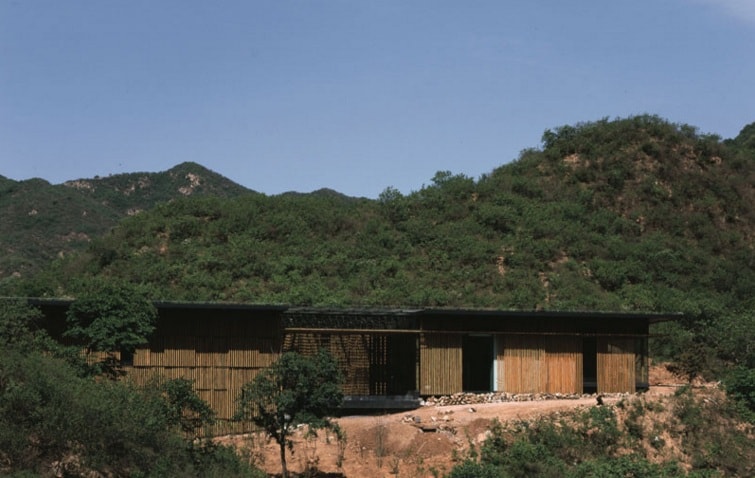 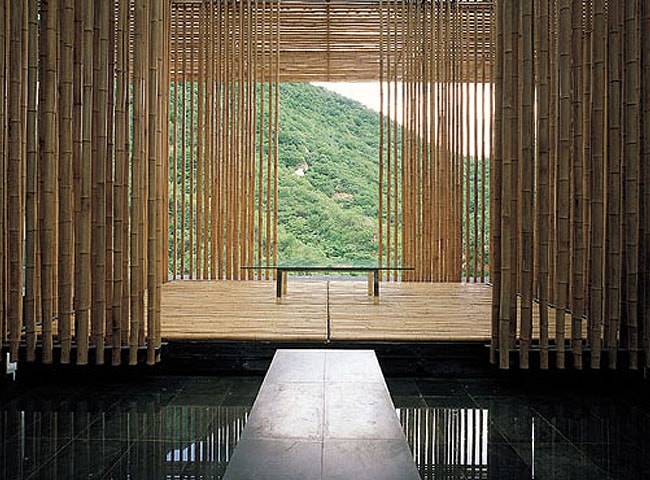 The hotel accommodates six rooms with separate bathrooms. The rooms are made of transparent glass frames with external walls covered by bamboo screens.

While enjoying your tea ceremony, you can see the beacon tower of the Great wall through the gaps in bamboo walls. The part of the tea room hangs above the water, that represents the spirit of Zen Buddhism. 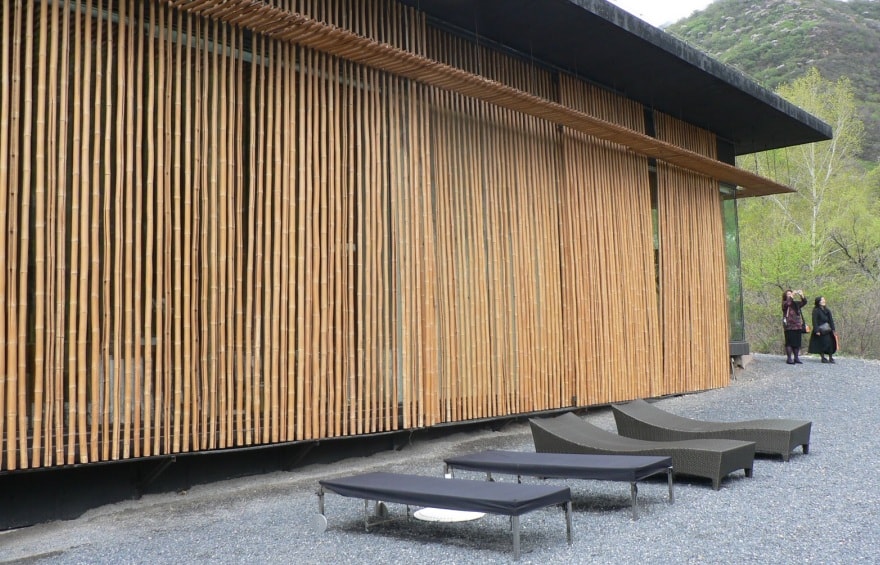 Despite the project being made in a minimalistic natural style of the Buddhist philosophy, architects managed to successfully integrate modern furniture and technology.

The feeling of being in a bamboo grove, glorified by many genres of Japanese art, awakens the mood of peacefulness and closeness to nature. 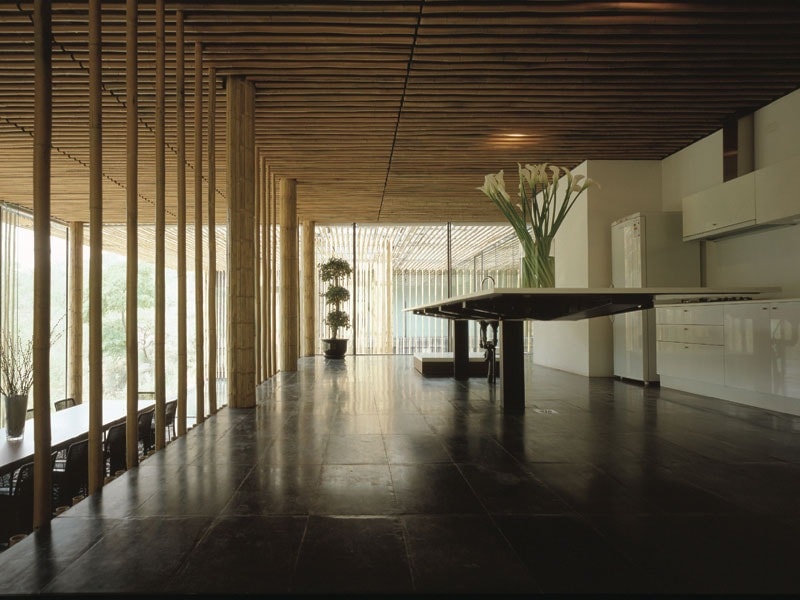 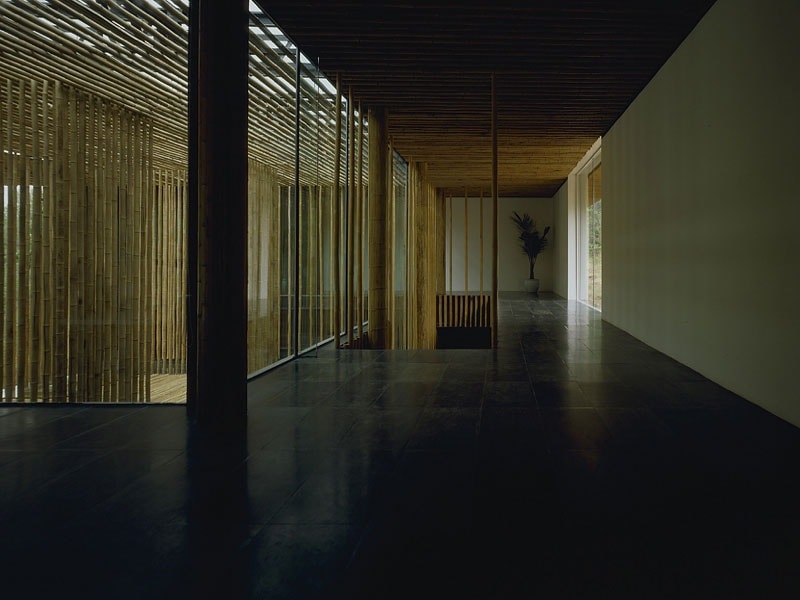 One of the challenging tasks was to preserve the existing topography of the land, to leave it intact, using the wealth of natural resources. This approach towards architecture is one of the most characteristic features of Japanese designers: to adapt the project to the natural conditions, not vice versa.

Gardens on the slope of the mountains and lush greenery were used to enhance the grandeur of the whole complex. 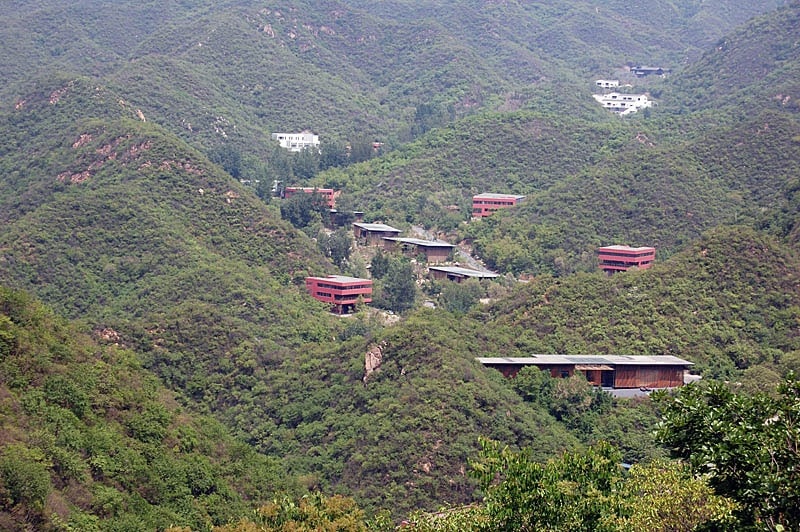 During many years of work with Japanese architects, Kasugai Architects+  managed to understand the unique view of the construction and design in Japan. Cooperation with Japanese architecture bureaus helps us to develop unique and distinctive projects that will bring harmony and closeness to nature to our clients.  Every project involves an adaptive approach to the site without causing any harm to the environment.