The Kofun period (III-VI) tombs, where rulers and the highest aristocracy of the ancient Yamato Province were buried, were megalithic tomb mounds, shaped like keyholes, surrounded by several moats filled with water. 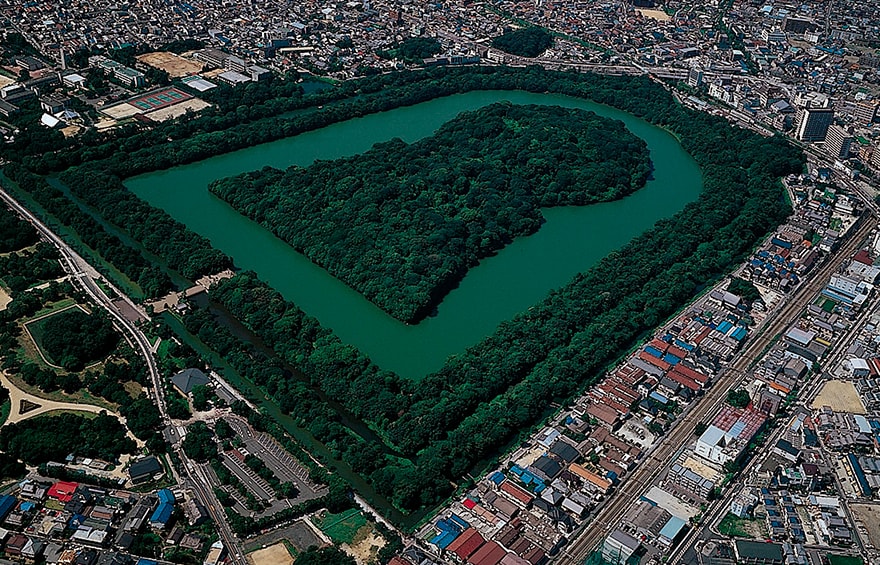 According to the religious beliefs of the Japanese at that time, a man after death goes to the other world with his retinue and various things. Clay funerary sculptures named haniwa were made in many forms, including warriors, musicians, pets, ships, household items, and even whole houses.

The Haniwa (the 5th century) represents a building with several entrances; each of them is decorated with a roofed porch, and the protruding eaves of all roofs have a distinguishing form of a steep arch.

Another haniwa (see the photo below) shows a simpler house: this sculpture has crossed rafters that end the roof from both sides and braces between two parts of the ridge. 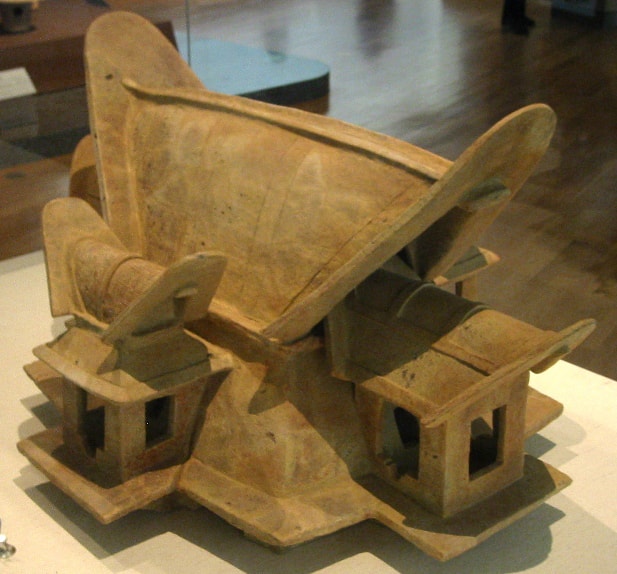 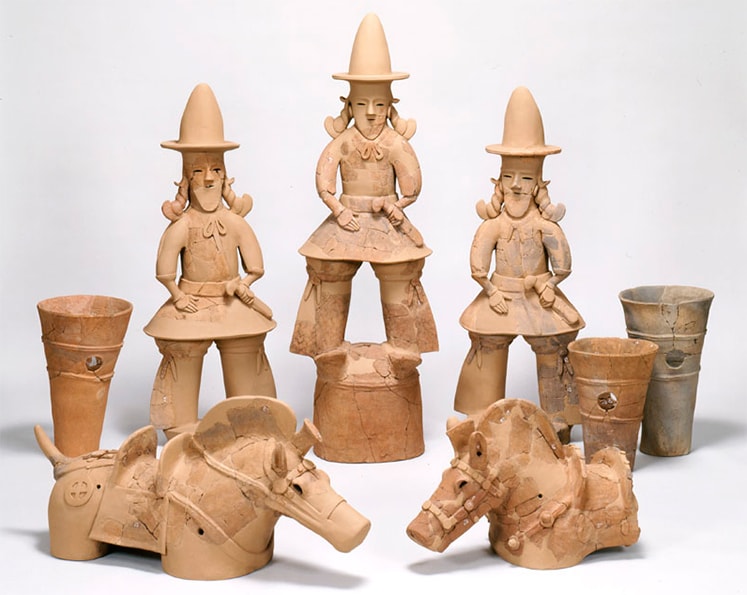 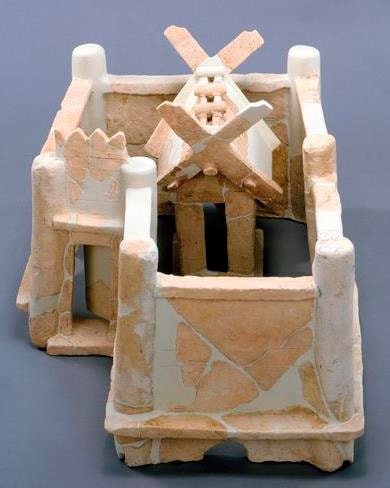 A roof in minka (‘a people’s house’), the Japanese traditional houses which can be seen in some Japanese regions even today, is often thatched and is solid enough to protect the building. 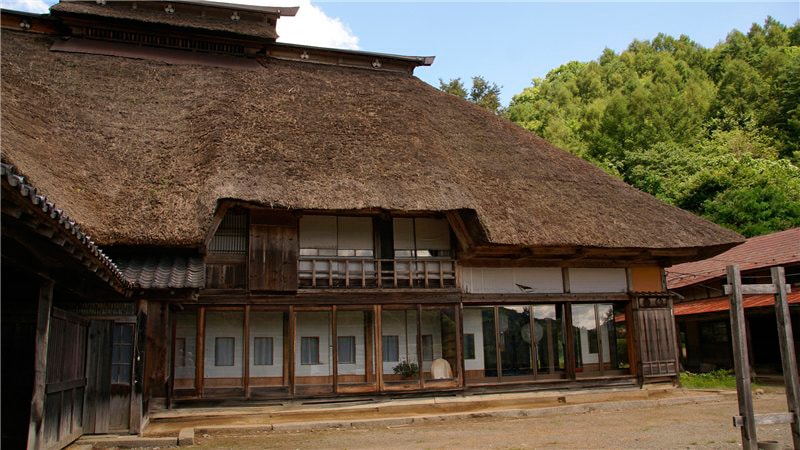 Even more interesting detail of this haniwa is that this rich house is surrounded by a high wall with a wicket under a gracefully decorated top. Later shrines of Shinto, an ancient Japanese religion, were built with the same high fence around. The most famous and venerated sanctuary is Ise Jingu, a temple complex dedicated to the sun goddess Amaterasu, with the history dating back to the 4 century.

The inner shrine Naiku remains to be a sacred space closed from pilgrims and tourists: a small shrine is a home for a bronze mirror, one of the three sacred regalias of Japanese emperors, symbolizing the connection of the imperial family with the sun goddess.

Shinto’s beliefs required the obligatory renewal of the god or kami’s residence, so the unique tradition of a regulation renovation has been established: about once in 20 years an old complex was carefully dismantled, and its exact copy was built at the same time. This custom helped not only to preserve the ritual purity of the temple but also to constantly support the building traditions, passing all the secrets of the ancient craft from masters to disciples. However, the tradition has been interrupted several times in the past: during the wars of the Age of Warring States in the 15-16 centuries and because of the economic difficulties of some other eras. The last renewal of the sanctuary was done in 2013, and although the Naiku sanctuary is not the oldest wooden building in Japan, it still preserves the appearance of the earliest Japanese temples to this day.

The simple wooden construction of the shrine with a massive roof stands on high piles. This type of building is called adzekura and dates back to grain storage and warehouses because it was necessary to create natural ventilation in the Japanese humid and hot climate. No wonder that such a simple and efficient construction was used in the 7th century to build the Shosoin, an imperial treasure house, on the territory of the legendary Todaiji temple in Nara.

This monumental building is very simple in its appearance: numerous piles create a clear and confident rhythm of the treasury foundation, the roof with wide eaves is covered with traditional tiles, triangled logs alternate with wide smooth sliding doors. This way of hewing not only creates a play of light and shadow on the walls but also contributes to the room ventilation. In dry and hot weather the logs dry out leave numerous gaps for the air; in wet seasons the logs swell from moisture and block the access of dampness to the storage room. Such storage is rational for both grain and precious rarities that were kept in Shosoin: among them are works of art from China, Korea, India, Persia, and even Europe, the earliest date back to the 7th century, the time of Shosoin and the entire Todaiji Temple construction.

Thus, the ancient architecture has been preserved not only in archaeological monuments, but also in minka – village houses, and in living renovated monuments of temple architecture. 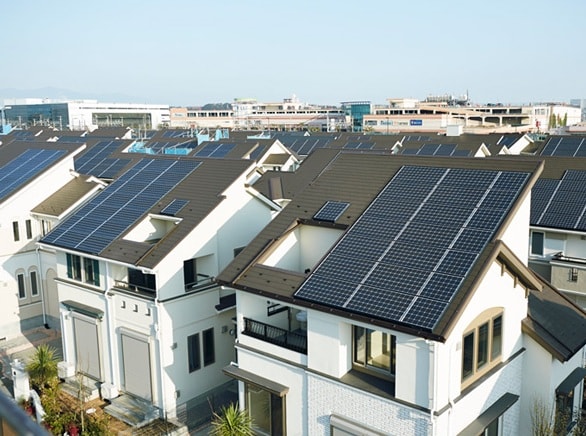